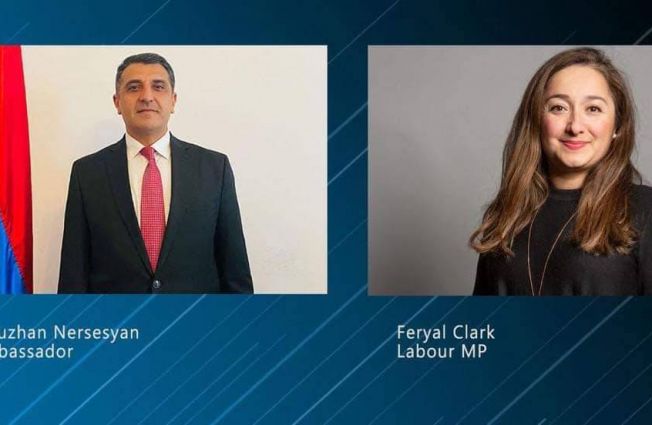 
Ambassador Nersesyan's video meeting with Feryal Clark, Labour MP.
On 13 January, Varuzhan Nersesyan had a video meeting with Feryal Clark, a member of the All-Party Parliamentary Group (APPG) for Armenia, a Kurdish MP from the Labour Party.
Congratulating the Ambassador on his appointment, Feryal Clark expressed confidence that with his appointment, bilateral relations, including at the parliamentary level, will significantly intensify. Ambassador Nersesyan, in his turn, thanked Ms. Clark for constantly supporting pro-Armenian initiatives.
The Ambassador noted that he will work actively in a number of directions and from that point of view the support of our friends in the UK Parliament will be invaluable. Noting that she considers herself a friend of Armenia and our people, Feryal Clark expressed readiness to be involved in various initiatives related to Armenia as much as possible.
share:
MFA RA
official website
Dual citizenship
Electronic visa
Visa applications