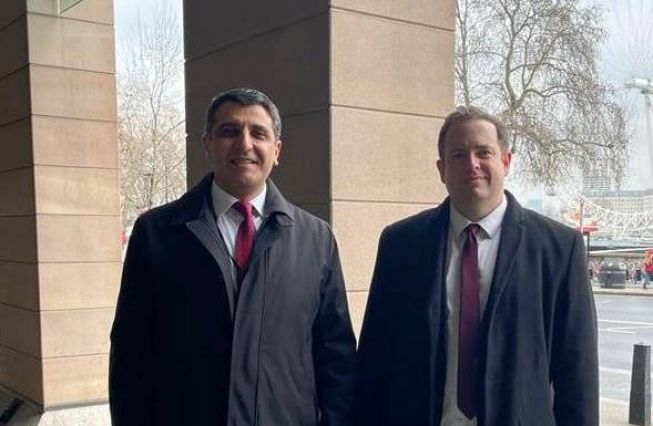 
On 3 March 2022, the Ambassador of the Republic of Armenia to the United Kingdom Varuzhan Nersesyan met with Stephen Doughty (Shadow Minister responsible for Europe, Labor).
The interlocutors touched upon the Armenian-British bilateral relations, regional and global developments.
The Ambassador presented the latest developments around Artsakh, touching upon the issues of prisoners of war, the desecration and destruction of the Armenian cultural heritage under the control of Azerbaijan, and the invasion of the territory of Armenia by the Azerbaijani troops.
share:
MFA RA
official website
Dual citizenship
Electronic visa
Visa applications