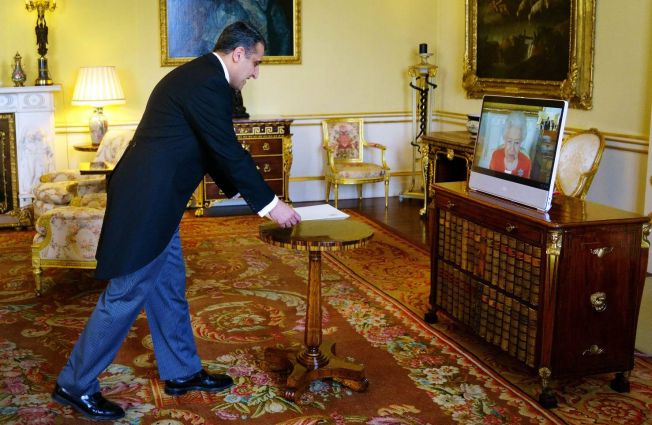 
Ambassador Nersesyan extended his cordial congratulations to the Queen on the occasion of the Platinum Jubilee of her ascending to the throne, wishing her good health and every success. The Ambassador underlined his commitments to further develop and enhance the Armenian-British relations.
A reception organized by the Armenian Embassy followed the ceremony, attended by Allistair Harrison CMG CVO, Her Majesty’s Marshal of Diplomatic Corps, FCDO officials, heads of diplomatic missions accredited to the United Kingdom, parliamentarians, clergymen, and representatives of the Armenian community.
In his welcoming speech, Mr Harrison congratulated Ambassador Nersesyan on the occasion, wishing him every success in this important position.
Ambassador Nersesyan noted that this year is symbolic for the Republic of Armenia and the United Kingdom, as we celebrate the 30th Anniversary of the establishment of diplomatic relations, a significant milestone, that should be used to give new impetus to the Armenian-British relations and outline new perspectives of future cooperation in different spheres of shared interests.
Ambassador Nersesyan briefly introduced the achievements of the Armenian-British relations during these 3 decades and the perspectives of future cooperation between our two countries based on shared values and pragmatic interests.
The Ambassador also touched upon the current democratic reforms in Armenia, and the UK Government’s valuable support in this matter.
share:
MFA RA
official website
Dual citizenship
Electronic visa
Visa applications