30 years of diplomatic relations between Armenia and UK 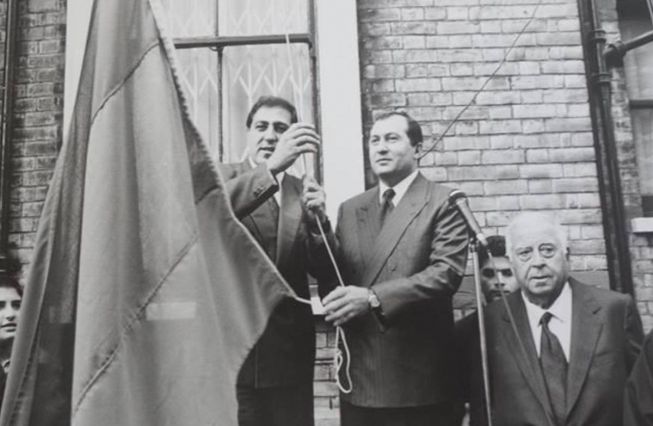 When Margaret Thatcher paid an official visit to Armenia in 1990, a first-ever by a British Prime Minister, the region was at the cusp of transformative political and socio-economic change.

Since then, many independent states have emerged, and societies have opened to the world. Yet, today, 30 years later, the wider Eurasian region faces enormous challenges and societies continue to search for their place in the post-conflict, post-pandemic new world.

On the 30th anniversary of the establishment of UK-Armenia diplomatic relations, Thatcher’s evocative words in the devastated city of Leninakan, the epicentre of the 1988 earthquake, provide hope and optimism for Armenians.

“Your people have had far more than their share of misfortune and tragedy over the centuries—invaded, annexed, exiled, massacred,” she said with empathy. “Yet today I have seen the truth of Shakespeare’s words: ‘in the face of disaster, their courage has never faltered, only mounted.’”

British-Armenian relations have a deep history, going back to medieval times, when in the twelfth century King Levon II of Cilician Armenia was the best man at Richard the Lionheart’s wedding and fought alongside him in the Siege of Acre.

Over the centuries, education, innovation, trade and cultural production have been defining aspects of British-Armenian relations. The British Library and university libraries across Britain are repositories of hundreds of Armenian ancient manuscripts and books. Lord Byron was among the first translators of classical Armenian into English. In the nineteenth century, Armenian merchants established trade business in the industrial city of Manchester. Many Armenians have made enormous contributions to the arts, sciences, education, economy and public life in Britain, building bridges between our two nations.

Armenia has taken significant strides in developing and enhancing political and economic cooperation, fostering trade links, tackling global challenges and promoting closer person-to-person contacts through tourism, educational exchanges and culture. There is a substantial British business presence in Armenia, but I believe it can be expanded much further.

Over the past three decades, Armenia has made significant progress in building a modern, democratic, market-oriented, open and vibrant society. Britain has continually supported and contributed to such efforts. Today, Armenia and Britain are committed to democratic values and principles. In 2018, Armenia was named “country of the year” by The Economist.

It is fitting that in this anniversary year we are going to conclude a bilateral agreement between our countries, marking a new era in our relations. As a recently appointed ambassador, I will put all my energy into developing existing cooperation and exploring new areas of partnership.

One critical area of British-Armenian cooperation is the fight against climate change. Armenia’s goal is to achieve net zero in the second half of this century. This transition is at the core of our energy independence, security and green growth policies. Our participation on the highest level at COP26 in Glasgow is a vivid manifestation of the importance we attach to this global challenge. As a country that is investing heavily in renewable energy, we want to work closely with our British friends to tackle these issues.

Another prospective area of cooperation is technology, which currently accounts for around 6 per cent of our GDP. Armenia has already established itself as a start-up, incubator nation with an increasing number of leading tech players opening offices in the country.

Commemorating 30 years of diplomatic relations is an important milestone for any two states. Armenia and Britain’s accomplishments over the past three decades underline the strength of our partnership and commitment to a common better future. I am confident that our bonds of friendship will continue to be strong, successful and mutually beneficial over the next three decades and beyond.

Despite its size, Armenia is a global country with a network of diaspora communities around the world. Its young, highly educated and creative society has a lot to offer Britain in technology, innovation, the creative industries and the sciences.