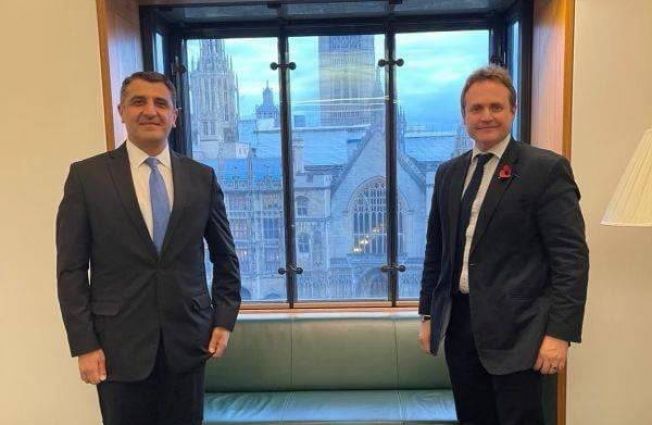 On 5 November, Ambassador Varuzhan Nersesyan met Tom Tugendhat, the Chairman of the Foreign Affairs Committee of the UK Parliament.

During the meeting, the sides exchanged views on the prospects of Armenia-UK relations, including the activation of inter-parliamentary ties. At the request of Tom Tugendhat, the Ambassador presented regional developments, the situation in the Nagorno-Karabakh conflict zone, Azerbaijan's aggressive policy towards Armenia, which includes border encroachments on Armenia's sovereign territory, as well as the fact that Baku refuses to return the POWs to their homeland a year after the war. The sides touched upon the possibilities of resumption of the negotiation process within the framework of the OSCE Minsk Group Co-Chairs.